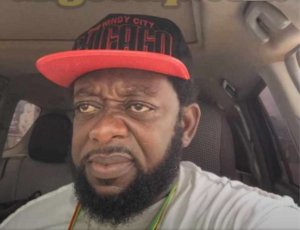 The Ghanaian Kumawood movie industry has been hit with sad news as famed actor, popularly known as Osei Tutu Nyamekese, has been reported dead.

The actor popularly known in the Kumawood movie industry as Tutu is said to have passed on in the early hours of Tuesday in his sleep.

According to him, Tutu’s death has come as a shock, especially because the actor was hale and hearty the night before.

Sunsum said the late Tutu had recovered from an ailment some months back.

The deceased was recently in the United States of America to shot a movie.
https://t.me/news4updates