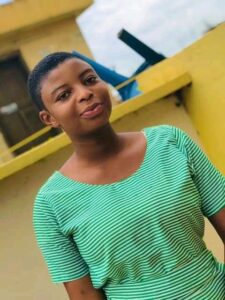 14-year-old SHS girl, Leticia Kyere Pinaman, who has been found hanging in a dining hall’s mother has spoken about the incident – According to the woman, the girl did not hang herself to death but was rather hanged after she had died – She explained that the doctor gave different indications that a person who dies by hanging should have, but Leticia had none

The mother of Leticia Kyere Pinaman, a 14-year-old student of Miracle Senior High School at Sunyani, who has been reported to have committed suicide, has debunked the claims. In a video sighted on the Instagram handle of Facts and truths official, the heartbroken woman indicated that, according to the doctor, her daughter was dead before she was hanged. She gave the different indications that, according to the doctor, people exhibit when they are hanged alive but added that Leticia did not have any.