The culture of Living With The Dead 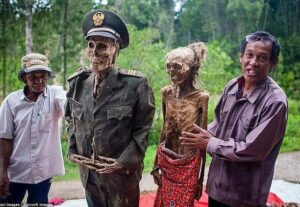 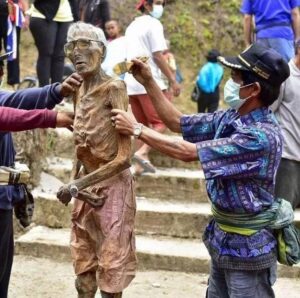 The culture of Living With The Dead

At the time of the ritual, some men sing folk songs and perform traditional dances signifying grief, to cherish the families and relatives of the departed. While many foreigners consider this ritual as creepy and odd, it is a tradition for the Torajans which keep them eternally entwined with their family members, beyond death, which is beautiful. 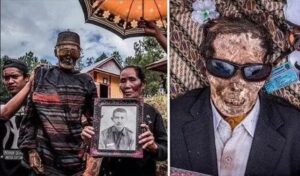 The Torajan people on the Indonesian island of Sulawesi treat the corpses as an essential part of the family. The Ma’nene ritual, in English, means ‘the ceremony of cleansing corpses’. 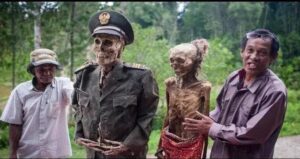 People in the island believe that after death, the spirits of their closed ones remain near and deserve care.

Therefore, they offer them food, water and even cigarettes. After the demise of a person, the family members and relatives use preservatives to mummify the body and slow down the process of decomposition, so that they can exhume it after three years.

The other side of the road plunges treacherously into valleys of terraced rice paddies. A buffalo picks its way alongside waterlogged fields with a white egret on its shoulders. The landscape is dotted with the distinctive buffalo-horn shaped roofs of the traditional houses of the nobility, known as tongkonan, and rice barns. 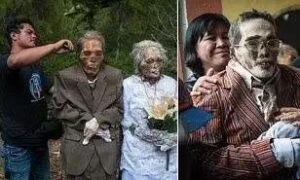 “Dad is very happy to have a lot of people in the house. He was active in promoting tourism in the area. My mother’s body was photographed many times by tourists and bule (white people).” 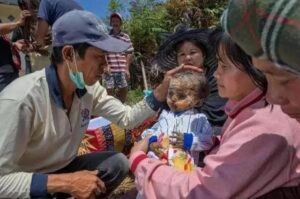 The door to the parents’ room is plastered with an Astroboy sticker from the Japanese children’s manga series. Inside it is peaceful and smells of sandalwood. 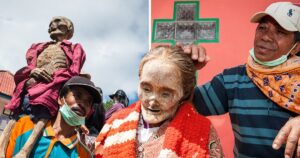 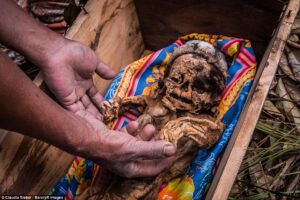 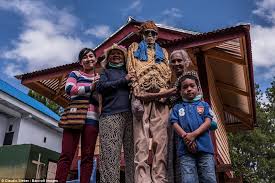 Tags culture dead Living of the With