Outrage at Ukraine’s Plan to Recruit Fighters From Africa

Outrage at Ukraine’s Plan to Recruit Fighters From Africa

Russia’s war on Ukraine is barely two weeks old but Kyiv is already attracting potential foreign fighters from as far away as Kenya.

“If Ukraine decides to pay me a very good amount of money, which I know I cannot earn here, I will definitely go there and fight,” Kimanzi Nashon, a student in the Kenyan capital Nairobi said.

“When we go there, and then the war ends before anything happens, I will come back to Kenya and be a millionaire,” said Nashon.

Nashon isn’t alone in harboring thoughts of being a hired fighter in Ukraine.

“If an opportunity presented itself for me to fight in Ukraine as a mercenary, I would be on my heels running there,” Beatrice Kaluki, who is unemployed, told DW.

“I would rather die on the front line in Ukraine knowing that my family would be compensated even after my death, rather than die in Kenya from depression because of the insane unemployment rate!”

The 27-year-old said she believes other youth would run there [to Ukraine] if a chance presented itself because “they would rather die there fighting than die in this country from poverty.”

Ukraine’s call to all

They were reacting to Ukraine’s President Volodymyr Zelenskyy, who last week called for like-minded people to come to his country’s defense against Russia’s invasion.

“African nationals might see an economic opportunity from participating in this conflict,” Cummings told DW.

He said the reward could potentially come from being granted Ukrainian citizenship or being provided some form of financial compensation for participating in the conflict on behalf of Ukrainian forces.

However, African countries have come out strongly to condemn Ukraine’s call for African fighters to join the “international legion” against the Russian invasion. 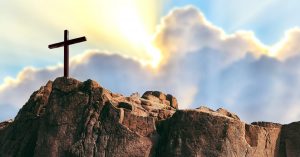 Nigeria on Monday issued a warning on Twitter to its citizens that it would not tolerate any recruitment of mercenaries to fight alongside Ukrainian forces against Russian troops.

A spokesperson for Nigeria’s foreign affairs ministr, Francisca Omayuli, said Nigeria would not allow its nationals to volunteer as mercenaries.

Omayuli also said that the Ukrainian Embassy in Nigeria had refuted local Nigerian media reports that it was demanding money from Nigerian volunteers. 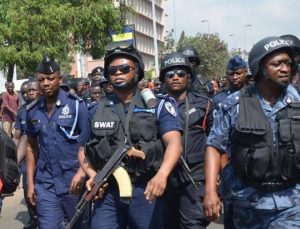 Tags Africa at Fighters from Outrage Plan Recruit to Ukraine’s