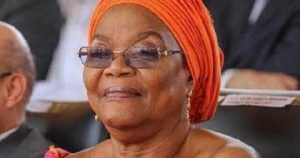 According to the Daily Guide, a formal announcement will be made to the government by her family members before she is buried according to Muslim traditions.

Hajia Ramatu Mahama was the daughter of the late Imoro Egala, a Minister for Trade and Industry and first black chairman of COCOBOD, in the first Republic and a long-standing political stalwart in Ghana through to the third Republic; doubling as a founder of the PNP now PNC.