The President is expected to send the list, which includes more prominent women, to Parliament before the close of week as required by law, to enable the Appointments Committee to assess them for onward approval by the entire House; even though the House is on recess.

Many NPP stalwarts, who are looking for deputy ministerial appointments, have been sitting on tenterhooks since the President first released the list of his substantive ministers in February, and it came as a big relief for those lucky ones who have made it to the yet-to-be announced list.

Sources say the list includes many MPs who are grounded in their fields as well as top technocrats.

Stephen Jalulah, NPP MP for Pru West, and Mavis Nkansah Boadu, NPP MP for Afigya-Sekyere East, will both deputise Kwasi Amako-Atta at the Ministry for Roads and Highways.

The President is said to be appointing former Ahafo Regional Minister, Evans Opoku Bobie, who is the NPP MP for Asunafo North, as Deputy Minister for Youth and Sports, while Osei Bonsu (OB) Amoah, NPP MP for Akwapim South and Collins Ntim, NPP MP for Offinso North, are expected to be retained as Deputy Ministers for Local Government and Rural Development to assist Dan Kwaku Botwe.

Diana Asonaba Dapaah, Vice President of the Ghana Alternative Dispute Resolution (ADR) Hub and Alfred Tuah-Deborah, who is the President of the Bono Regional Branch of the Ghana Bar Association and a leading member of the NPP in the region, have been penciled to become Deputy Attorney General & Ministers for Justice, to assist young and enterprising Attorney General Godfred Yeboah Dame. 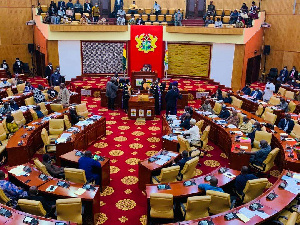 George Mireku Duker, NPP MP for Tarkwa Nsuaem, is expected to deputise Samuael Abu Jinapor at the Ministry of Lands and Forestry while Alan Kyerematen will have three deputies in the persons of Michael Okyere Baafi, NPP MP for New Juaben South and immediate past boss of the Ghana Free Zones Authority, Herbert Krapah, who was the spokesperson for the President while he was the opposition leader, as well as Oheneba Dokua Asiamah-Adjei, NPP MP for Akropong, who was one of the deputies at the Ministry of Information, is moving to the Trade and Industry Ministry.

Dr. Mohammed Amin Anta, NPP MP for Karaga as well as William Owuraku Aidoo, NPP MP for Afigya-Kwabre South, have been retained as Deputy Ministers of Energy, and the President has also included NPP MP for Sekondi, Andrew Egyapa Mercer, to assist Dr. Mathew Opoku Prempeh at the Energy Ministry.

Young and enterprising Fati Abubakar, who is a Deputy Communications Director at the Presidency, has been moved to assist Kojo Oppong Nkrumah at the Ministry of Information. 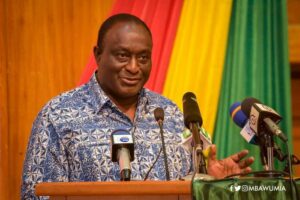 Charles Adu-Boahen and Abena Osei Asare, NPP MP for Atiwa East, have been retained to support Ken Ofori-Atta at the Ministry of Finance whilst Bright Wireko-Brobbey, NPP MP for Heman Lower Denkyira, has also been retained as Deputy Employment and Labour Relations Minister to Ignatius Baffuor Awuah.

Addo Yaw Frimpong, NPP MP for Manso Dubia will go to the Foods and Agriculture Ministry to assist Dr. Owusu Afriyie Akoto whilst Moses Anim, NPP MP for Trobu is expected to deputise Mavis Hawa Koomson at the Fisheries and Aquaculture Ministry.