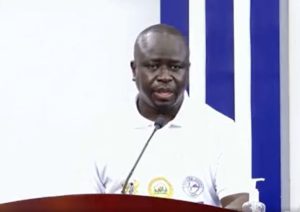 The Ghana Statistical Service has targeted for enumeration, travelers, people who sleep on the streets (rough sleepers), and guesthouse/hotel guests as it commences the 2021 Census tonight.

Speaking at a press briefing, June 27, the Government Statistician, Professor Samuel Kobina Annim, stated that this is necessary to capture all persons resident in Ghana in the Census.

It will also enable the Statistical Service cover all categories of persons in the upcoming census.

He indicated that personnel of the Statistical Service would be stationed at lorry stations across the country to count travelers embarking on long journeys.

“Specifically, tonight we’re going to target persons who will be in transit, travelling over long journeys, something beyond eight hours, which will mean that they’ll start from the later hours of today and get to their destinations in the early hours of tomorrow. So we’re going to be at the lorry stations and ensure that these persons are counted,” he explained.

He added that rough sleepers would also be counted.

According to the Government Statistician, in order to prevent double counting, persons counted would be given certificates to indicate that they have already been counted.

“The second category of persons that we’re going to target tonight are our outdoor sleepers, that is persons who are homeless, either individuals or households.

“So these persons that I have outlined once the enumeration is done we’re going to give them a certificate of enumeration to indicate that they have been counted to avoid double counting.”

And finally, the last category of persons to be counted are hotel and guesthouse guests.

“We’re going to leave forms with the receptionists at the various hotels and we’re hoping that residents or occupants of the rooms of the guest houses and hotels will fill this form for us.”

Professor Annim encouraged all and sundry to avail themselves to be counted in order to help the Service gather accurate data to inform future policies.