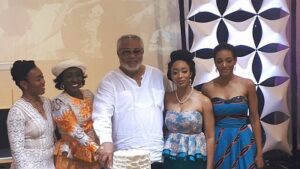 The four-day burial rites of Ghana’s longest-serving Head of State is being climaxed today. 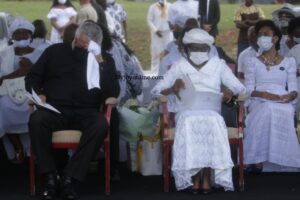 Flt. Lt. Jerry John Rawlings who passed in November 12, 2020 will be laid to rest at the Military Cemetary in Accra.

Prior to this, a Catholic Requiem Mass and a vigil were held in his honor on Sunday, January 24th, followed by a 2-day Laying-In-State ceremony at the Accra International Conference Center for dignitaries and the general public to file past.

The final burial service will be held at the Black Star Square in Accra. 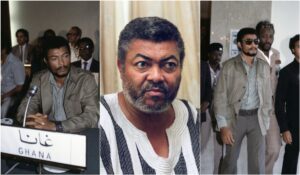 Though the public particularly has been advised to monitor proceedings from home to avoid the spread of COVID-19, many dignitaries, including President Nana Addo Dankwa Akufo-Addo, his Vice and some diplomats paid their final respects to the former President of the country.

Watch videos below of final burial and farewell to the late prez. Rawlings;
May his soul rest in peace 😭😭😭😭