Databank was smuggled into the Agyapa deal by Imara 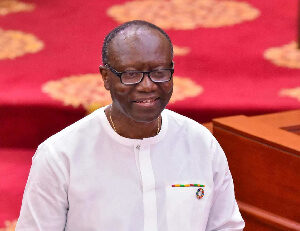 Martin Alamisi Burnes Kaiser Amidu, the Special Prosecutor (SP) says Databank which belongs to Ken Ofori-Atta, the finance minister, was smuggled into the Agyapa Royalties deal by Imara of South Africa as a “decoy”.

In the final report on the analysis of the risk of corruption and anti-corruption risk assessment of the process leading up to the request for approval on the Agyapa Mineral Royalties deal, Amidu concluded that “the whole of the fees for the bid purportedly won by Imara of South African with its decoy, Databank of Ghana, is to be paid in United States Dollars to Imara Corporate Finance Limited (Pty) of South Africa.

“The Mandate Agreement does not say how and when the decoy, Databank of Ghana, was to be paid by Imara for a contract purportedly won and performed jointly,” The SP’s report stated.

Martin Amidu continued: “This opaque arrangement in the contract negotiation process not arising out of the Public Procurement Authority approval is what made the analysis of the risk of corruption and anti-corruption assessment conclude that the process of the selection of the Transaction Advisor(s) disclosed a reasonable suspicion of bid-rigging and corruption activity including the potential for illicit financial flows and money laundering in the arrangement of how the fees payable to Databank of Ghana as the decoy which was not approved under the Public Procurement Authority Act, 2003 (Act 663 as amended) are to be made.”

He added: “There was thus a zero chance arising out of individual interests at the Ministry of Finance and Imara/Databank of expecting impartiality and neutrality on the party of the Transaction Advisor(s) in advising the Republic of Ghana as a national corporate entity representing the unitary interest of its Chiefs and people.”

The office of the Special Prosecutor noted that the Agyapa Mineral Royalties deal is not transparent and also does not help in the fight against corruption.

He further added that the assessment resulting from the examination, and analysis of all the five (5) Agreements making up the Transactions Documents is that they each suffer from the same lack of probity, transparency, accountability and legality.

Martin Amidu observed in his assessment that the nature of secrecy and confidentiality surrounding the agreements and indemnity agreement in particular, is not conducive to the prevention of corruption and fighting corruption in the extractive industry.

He indicated that the assessment shows that there was no assurance that the deal will lead to embezzlement of public funds.

“There is no guarantee that the sovereign minerals income royalties being ceded to Agyapa Royalties Limited is not and will not be a leaking pipe in the public purse,” the report reads.

In his 67-page report to the President, Martin Amidu further added that the procurement process which brought in Databank “was manipulated by the Ministry of Finance by adding an unapproved rider for collaboration with a Ghanaian firm”.

The report reveals further that some individuals who have business interests in Databank aside Ken Ofori-Atta played very significant roles.

One Felicia Ashley, who according to the report is said to work at the Ministry of Finance is especially mentioned as being instrumental in the decoy dealings of the obnoxious and fraudulent transaction.

The report stated that Ashley had previously worked as Vice President and Head of Human Capital and Administration at Databank Financial Services, Ken Ofori-Atta’s investment firm.

Her current role as Director of Human Capital and General Administration, the Special Prosecutor explained, meant that she had oversight responsibility for the processes that saw the involvement of Databank.

The report stated: “By virtue of her position she oversees the entire General Administration function of the Ministry of Finance with responsibility spanning General Services, HR, Procurement, IT, Security, Accounts and Transport. The engagement of Transaction Advisors involved the procurement processes for which she had oversight responsibility. One cannot undertake a thorough analysis of the risk of corruption and anti-corruption assessment of deficiencies in legislation, administration of instructions, regulations or procedures without taking the foregoing factors into account as they affect the transparency and accountability of the bidding process to select impartial and neutral Transaction Advisors to [advise] the Republic on its important natural resources such as extractive mineral resources and gold royalties.

Tags Agyapa by Databank deal Imara into smuggled the was 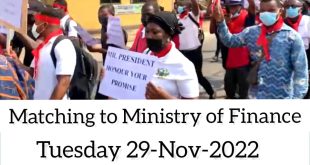 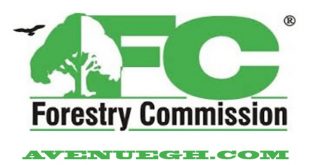