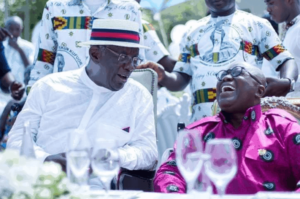 In a Twitter post, Kufuor said Akufo-Addo deserves to a second term in office after retaining the Presidency.

Akufo-Addo, who contested on the ticket of the New Patriotic Party (NPP) beat the National Democratic Congress’ (NDC) John Mahama in the 2020 presidential elections.

He won the election after polling over six million votes, which represents 51.59% of the total votes cast.

His main rival, Mahama of the National Democratic Congress (NDC) also managed to poll 47.36% of the total votes cast.

This is the second time that Akufo-Addo has beaten Mahama to the Presidency after emerging victorious in the 2016 elections with an almost one million gap.