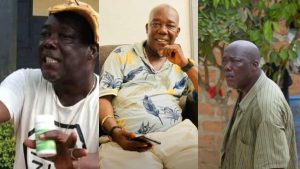 The news came as a shock to his colleagues and his fans as many take to social media to mourn the veteran actor.

According to a credible source, the actor was suffering from high blood pressure and diabetes before he finally gave up the ghost.

Some of his colleagues have already reacted to the news as they take to their social media to mourn the great actor as he finally goes home.

Agya Manu appeared in a number of Kumawood films and series before his death, including the recently concluded ‘Borga Akwaaba’ TV series, which was created by comedic actor Kwadwo Nkansah Lil Win.