Look At Some Remarkable Qualities And Achievements Of Late Prez. Rawlings

Look At Some Remarkable Qualities And Achievements Of Late Prez. Rawlings

Flt. Lt. Rawlings, who was the longest-serving leader in Ghana’s history served 19 years from 1981 to 2001, eleven years as a military ruler and eight years as a civilian president.

He was the first President of the Fourth Republic from January 1993 to January 2001 and passed away on Thursday, November 12th, 2020 at the Korle-Bu Teaching Hospital after a short illness. He was 73 years.

Mr. Papa Ansah, a retired teacher, told the GNA that, it was a great pleasure to have witnessed the era of the former president Jerry John Rawlings and would miss him for his charismatic leadership style which led to a house cleaning exercise in Ghana at that time. 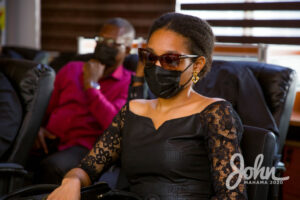 He recalled how he descended into a big gutter at Anaafo, near the Cape Coast Castle during one of his visits to the Town and cleaned it neatly. Others too gave positive imagine in admiration of late president Rawlings and they added that the former president has many different sides.

Mr Kweku Agyei, a mechanic, said Mr. Rawlings was passionate about the poor, protecting the environment, accountability and transparency while in government. These qualities enhanced the country to positively achieve our actualization zeal and overwhelmed developments.

Ms. Hasanna Adams, a food vendor likewise expressed a grief over the death of the former president and said he will miss him for his remarkable governance and leadership style that gave citizens a better life.

“Mr Rawlings was one of the greatest men Ghana had and he provided good roads, hospitals, electricity, water and among others through his good vision,” Mrs Mercy Kumah, a public servant recollected.

According to the citizens, his death was unfortunate and he will be remembered for his unprecedented lifestyle, integrity and the values he inculcated in some citizens.