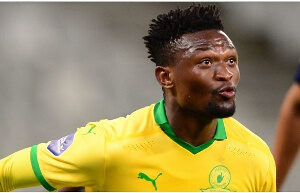 The 25-year-old star was one of two inhabitants of a vehicle that ran wild, hit a publicizing board and burst into flares in eastern Johannesburg, as indicated by the official, who mentioned obscurity.

“I addressed somebody who showed up at the accident scene not long after the mishap and he depicted an awful scene with one body consumed to the point of being unrecognizable,” he said.

“Motjeka clearly figured out how to creep out of the consuming vehicle, however was proclaimed dead by clinical faculty at the location of the mishap.”

Madisha is the second Sundowns safeguard to kick the bucket in an auto crash inside two months after Anele Ngcongca, close to the eastern city of Durban.

Ngcongca went through nine years with Belgian club Genk and was credited to French outfit Troyes prior to getting back to South Africa four years back.

Madisha was covered multiple times by South Africa on the rear of turning into a set up first decision place back in quite a while group that has been among the most grounded in Africa during the previous five years.

Known as ‘The Brazilians’, they won the 2016 CAF Champions League and have been semi-finalists once and quarter-finalists twice since.

Dusks won the Premiership-FA Cup-League Cup high pitch in South Africa last season and are top of the table after six rounds of the new association crusade.