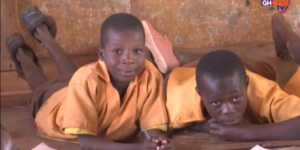 Many parents of children with disabilities in the Eastern Region of Ghana continue to deny their children access to education.

Out of the handful of parents who admit their children in special schools at the right age, majority waste early childhood education of the children after years of failed desperate attempts to seek spiritual healing interventions from Prophets and spiritualists.

However, most few children with disabilities in the Eastern Region of Ghana lucky to get education are mostly admitted very late in school missing the opportunity of early childhood education.

The Headmistress of Koforidua School for the Deaf, Diddy Ntim, in an interview with Starr News, expressed worry over the phenomenon.

According to her, children with hearing losses deserve equal opportunity to be admitted in preschool at the right age likewise the able children.

However, she bemoaned that many parents waste school-going age period of children with hearing impairment wandering for spiritual help. This, she says affects the intellectual and academic development of the children as well as learning of language and communication.

“what we have observed is that most of the time, KG, for example, is supposed to be 4 years but sometimes they are 9 years, they are 8 years,7  years when they were coming to the Kindergarten but if people assist children with disability they will come to Preschool early and it will help.

“The hearing impaired are persons who have challenges with language, and you know language is usually learnt at very young ages”.