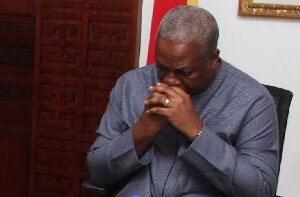 John Mahama promised to retire president Akuffo-Addo from presidency and as it’s a proverb that ” it’s easier said than done” John Mahama couldn’t fulfill his vow since 2016.

Jean Mensa, the Chairperson of the Commission, said at a press conference that the total results did not include figures from the Techiman South.

The EC chairperson stated that, the analysis from available data indicates that the results will not change after full compilation hence her decision to declare the NPP candidate, Nana Addo Dankwa Akufo-Addo as the winner.

Nana Addo Dankwa Akufo-Addo had to challenged Mahama’s victory at the Supreme Court.