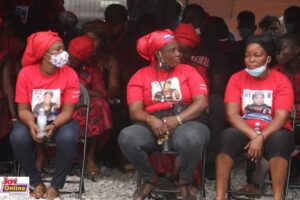 New Patriotic Party Member of Parliament Late Ekow Hayford Quansah who was attacked by alleged armed robbers on Friday 1 am of October 9 ,2020 ,when he was returning from his campaign tour of the Nkurukusum Mfantsipim-Abeadze Duadze in the Central region. 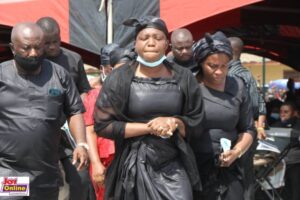 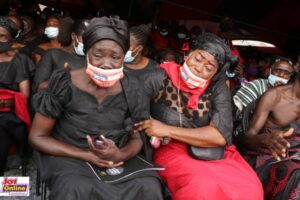 November 27 ,2020 which was yesterday Friday was dubbed the ” Mfantsipimam Goes Red ” was observed as a night of hymns and tributes in honour of the late MP in the Ebenezer Methidust Church ,Mankessim .

According to the programme line up the boy was taken through the principal streets of the Mfantsipim Constituency-Yamoransa Anomabu Saltpond ,Abradze Domonase ,Baifikrom ,Mankessim and Kyeakor.
The report has it that the body would and was taken to the spot where he was murdered by his assailants for the performance of some Traditional rite upon which the body was conveyed to the School Lesson ( AstroTurf) park and laid in state from where the body would be conveyed to the Mankessim Cemetery for interment . 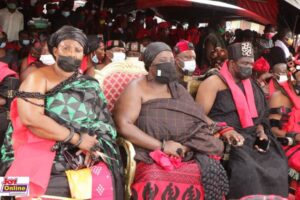 The final funeral rites will be organized on Sunday 29th November 2020 with a thanks giving service at the Methodist Church Mankessim after which family friends and sympathizers will converge at the School Kessim park to bring proceeding to an end .